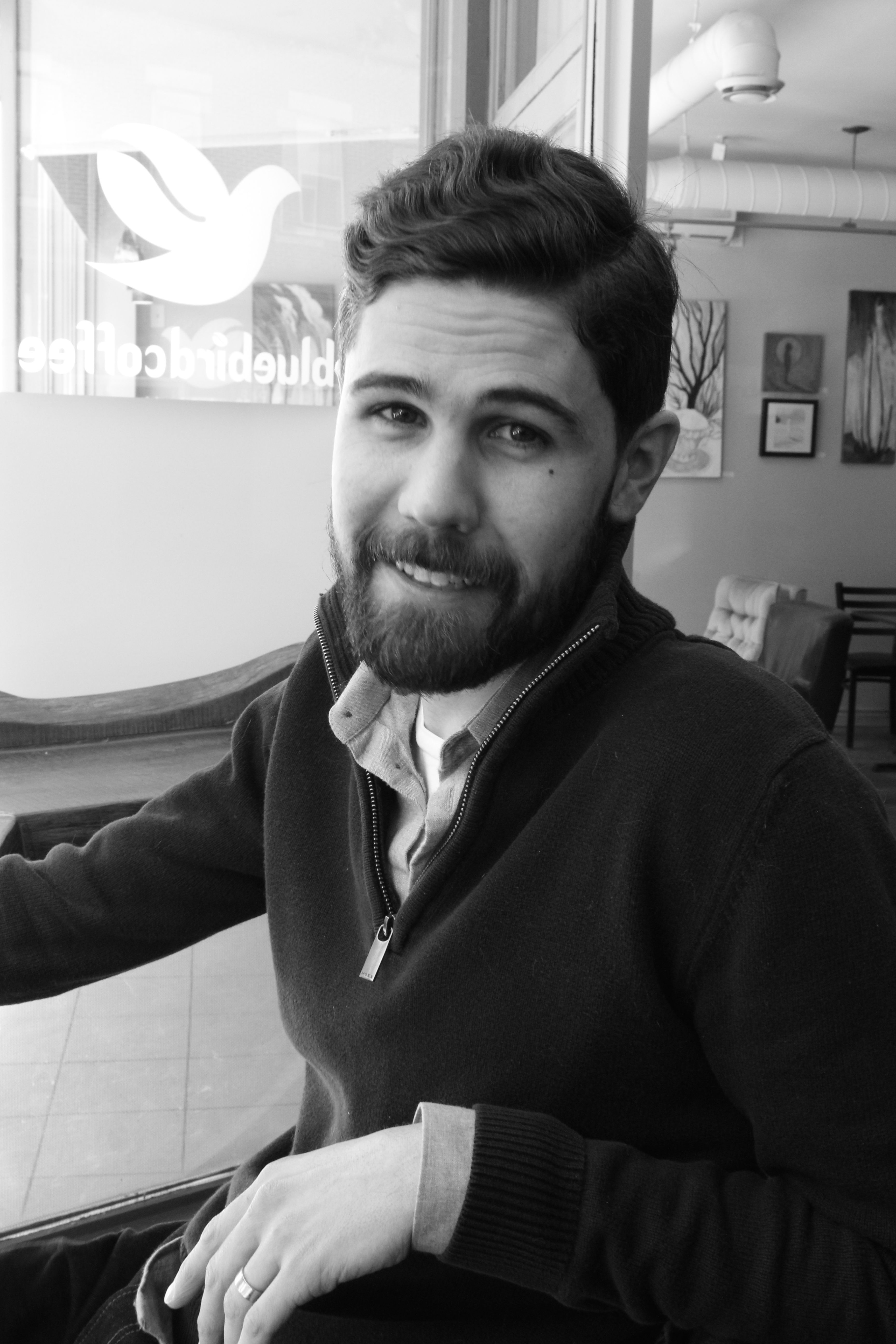 We celebrate the start of our third season with local poet and publisher, Cameron Anstee.

Amanda tortures Cameron by showing him her dog eared copy of Book of Annotations. Our discussion concerned but was not limited to turns in a poem, AHA moments, deliberate repetition, beard stroking, the poetry of Robert Lax,

The Little Engine That Could: https://www.youtube.com/watch?v=5TPUwrURo6M

Aaron reads the poem “Finite” and we discuss meaning and momentum of the repetition with reference to Justin Million’s interview with Cameron in Electric City:

We discuss how Cameron reads the poems from the book and his revision process during finishing grad school. We discuss but can’t quite remember the three rules of imagism (see link below for a refresher).

We discuss the poem as response and the various influences that Cameron engages with in his work, including his previously published chapbooks. Cameron talks about Rob Winger’s course on Canadian long poems at Carleton University a decade ago, and his discovery of Phyllis Webb’s “Naked Poems” as his turn to the minimalist in his poetic practice.

Octopus Books (http://octopusbooks.ca/) gets a shout out from Cameron.

Cameron talks about Collett Tracey’s lecture on Raymond Souster and on publishing in a Canadian Literature class earlier in his studies.

Cameron talks about his contact with Nelson Ball, who is the poet he probably reads the most and the bibliographic rigour of his collecting. We talk about books before funding-influenced requirements affected book-length, distribution and other conditions, about the type of books that used to exist in the 60s that aren’t necessarily around now in the small press publishing world, versus the micropress, the small and the weird, the folded and stapled. Adventures in material aspects of publishing are happening in the micropress world.

We talk about contracts and page limits for trade books and celebrate arts funding. Aaron muses about professionalism and capitalism/money-oriented connotations of professionalism for artists.

We talk about the different meanings of the word “Admissions” which appears as the title of four poems in Book of Annotations with an aside about launching an above/ground press chapbook in 2012 at the Mercury Lounge:

Cameron talks about the insightful editing of Rob Winger for the book, including organizing the poems into sections. Amanda talks about the connections between Cameron’s work and Jack Spicer’s, who is a poet he’s read a far bit of. We also discuss the erasure poems of section III. Cameron coins the verb “erasuring.” derek beaulieu’s book “a, A Novel” comes up:

We urge our friends who live in Paris to mail us the beaulieu book.

We talk about the act of creation as response. Cameron talks about not being comfortable with Pound’s exhortation to “make it new,” in the 21st century. He talks about the idea of being part of a tradition and thoughtful engagement. Aaron muses about the notion of tradition as artists. Do we try to be part of a tradition? Cameron talks about how traditions can exclude people. Cameron reveals that we passed around chapbooks before the recording of the episode. Cameron sees Book of Annotations as a book of responses. We muse about whether readers could enjoy the book without having the context of the references.

We talk about the dedications to Cameron’s partner, Jenn, which appear throughout all of his published chapbooks as well as Book of Annotations, and Cameron discusses her contribution to his practice and to Apt. 9 Press.

We talk about the materiality and text Cameron engages with in his work, his paper at Kanada Koncrete, Apt. 9 Press’s upcoming 10th anniversary.

Cameron talks about publishing as an object and being able to see the influence of the maker in the published work. He talks about his time as an editor with In/Words and late nights with the risograph machine.

He talks about the latest Apt. 9 Press chapbook by Elisha Rubacha, “too much nothing” and the blind stamping process of the cover via his letterpress. He talks about how much he enjoys the process of making the books.

We discuss the design of Book of Annotation by Megan Fildes, the questionnaire to the writers, Cameron’s inability to keep his answers short on book design, some of the design issues that needed to be solved. Amanda comments that the book doesn’t smell. Cameron talks about the recognizable house style of Invisible Publishing and the unique quality for each author’s work.

We talk more about minimalism and influences on Cameron’s work. He mentions Mark Truscott’s “Said Like Reeds and Things” (Coach House Books, 2004) as an early and contemporary influence:

which Cameron reads every few months. Some of the poems are just one word on a page and the book is only two inches thick.

We finish with a discussion about ephemera and the tensions between being a completist collector and loving ephemera. We learn about one of Cameron’s most treasured pieces of ephemera in his collection, with a shout out to jwcurry’s Room 302 Books. Cameron mentions Justin Million’s Keyboards project, ephemeral typewriter poems.

Thanks to Cameron for helping us to being the third season of the Small Machine Talks. Thanks to Charles Earl for processing and Jennifer Pederson for intros and outros. To Invisible Publishing for giving us “Book of Annotations,” and thanks to everyone for listening to the episode and for sharing it with fellow poetry enthusiasts.