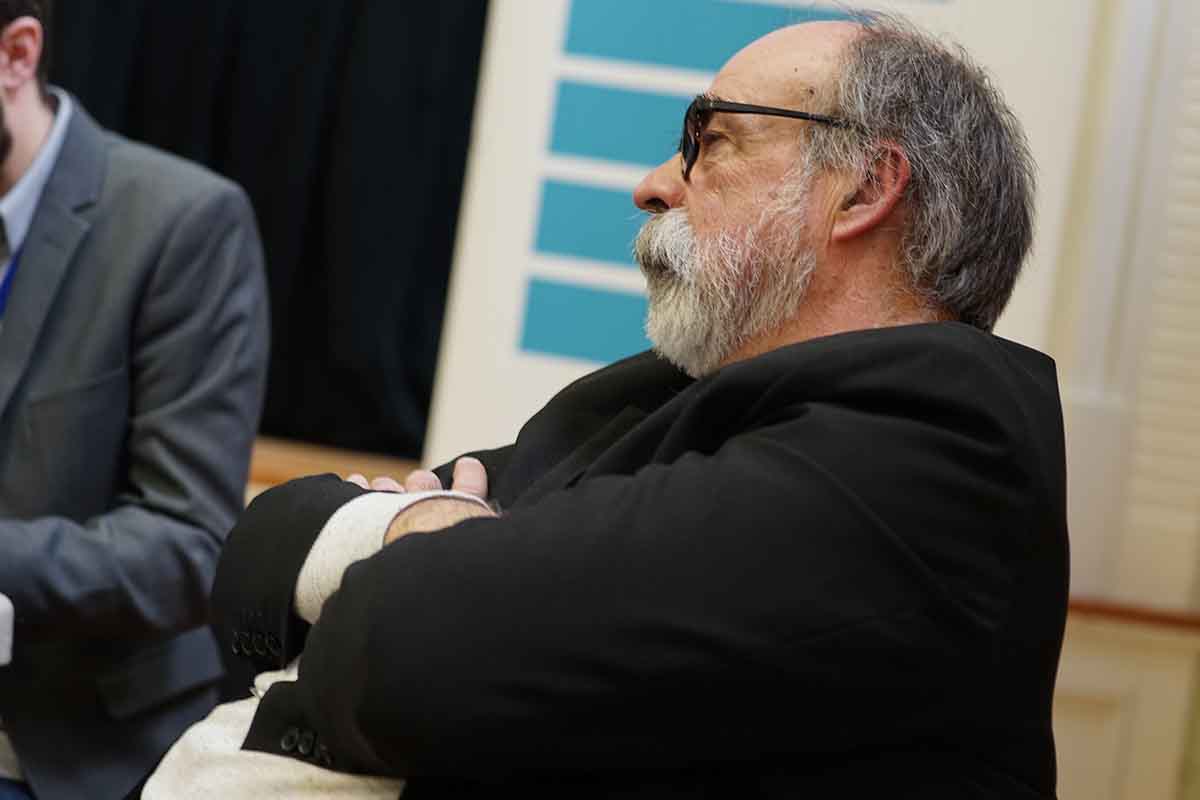 The Small Machine Talks with a.m kozak and Amanda Earl

Monty Reid was born in Saskatchewan, worked for many years in Alberta, and now lives in Ottawa. His books include Garden (Chaudiere), The Luskville Reductions (Brick), and CrawlSpace(Anansi). Recent chapbooks include the nipple variations (postghost press), Seam (above/ground) and Site Conditions (Apt. 9). He has won Alberta’s Stephan G. Stephansson Award for Poetry on three occasions, the Lampman Award, National Magazine Awards, and is a three-time nominee for the Governor General’s Award. He was one of the founders of the Writers Guild of Alberta and was for many years the Managing Editor for Arc Poetry Magazine.  He is currently the Director of VerseFest, Ottawa’s international poetry festival. Photo taken by Grant Savage.

We talk about the origins of the festival with former director, Rod Pederson, the role of the artistic director and the way in which VERSeFEST works with the city’s various literary organizations taking part.

We discuss companion activities such as Laureate City, which brings together poets laureate from across Canada to celebrate Ottawa getting a poet laureate program again, and has taken place in Ottawa for its first two years, and the possibility of a video poem festival sometime in the future.

We learn about some of the poets who will be participating in at the festival this year, which will take place from March 24 to 29, 2020 and include 80 poets from all over the world. Some of the poets will be Adele Barclay, Gwen Benaway, Canisia Lubrin, Karen Solie, Robin Richardson, Kaie Kellough, Monica Rink, and more.

Monty talks about the need to have a diverse festival that includes BIPOC and francophone poets. He mentions some of his fondest memories, including Lenelle Moise, Mary Ruefle’s demonstration of how to fold a fitted sheet. Amanda remembers a spoken word duo from BC, the 2 Dope Boys.

Monty explains that the whole festival is run by volunteers. They work with the Ottawa International Writers Festival, there’s a new program with Carleton University and their poetry from prisons initiative. Amanda talks about her favourite aspects, the talks from the Factory Reading Series, the panel on translation.

We discuss Monty’s acoustic trio band, Call Me Katie, and also his gardening.

In the future VERSeFest will be doing more collaborations. It has some with the Library of Congress, the Festival de Poésie in Trois Rivières, there are collaborations planned with the Edmonton Poetry Festival, the idea being to have a circuit for poets who travel from one festival to another, which is especially important for poets travelling from overseas.

Amanda mentions the bookseller Perfect Books, and the great selection of books at the festival. Monty also mentions the indie table for chapbooks and ephemeral material, and French books from Coin du Livre.

Monty talks about additional things at the festival such as a concrete poetry exhibit that happened last year, and musical acts.

Go to http://versefest.ca/ to pick up passes and tickets and find out about the upcoming festival.

We asked Monty about his own poetry. He’s working on two manuscripts, one on our surveillance society, the other on the parasites that live in our bodies.

Thanks to Monty Reid for being our guest on the Small Machine Talks, and thanks to you, for listening.

Please share our episodes with fellow poetry fans. Next episode will be sometime in February, all being well.